What is a Police notebook anyways?

As recent events indicate (such as the Nova Scotia Mass Casualty Commission), the public’s interest in the notes written by police officers has never been higher, but just what are these notes for, and what exactly is a notebook anyways?

A police notebook can take many forms, but in essence it is a log where individual officers record their activities as they go about their daily duties.

They can be used by the officer to track purely administrative information such as the number of hours worked, the equipment issued to them during their shift, or any other information not related to incidents of public interest, but which are still important to the smooth running of their department.

Notebooks also act as a repository of preprinted information that officers can quickly refer to in the field to ensure that they provide the proper wording for the legal demands and cautions they issue to the public in the course of their investigations.  Reading such items verbatim helps ensure that all individuals are treated equally and fairly and that everyone receives due process.

Most importantly, notebooks are the all-important first step of recording information related to criminal investigations and their importance in court proceedings such as trials, inquiries, and commissions cannot be overstated.  That’s because they are used by officers to refresh their memory when testifying many months or years after the investigation and are critical in providing disclosure to defendants to ensure their Charter right to a fair trial.

Former RCMP Commissioner William J.S. Elliot had the following to say about officer notes in 2010:

A fundamental element of any professional police investigation are the notes taken by investigators. Note taking is the direct responsibility of every RCMP member and official notebooks are issued to members for the purpose of recording important information, details, and facts coming to their attention in the course of their duties. From early days at Depot, cadets learn that notebooks and contents are essential and that notebook entries refresh memory, bring credibility to testimony and are invaluable in substantiating information years after the original entry was made.[1]

This is what a notebook is.  An immediate and initial recording of all information gathered during a police investigation.  Proper and timely note taking ensures accountability, aids in the authoring of future reports, assists in ongoing investigations, and safeguards the reputation of the individual officer and the department they represent.

However, despite their obvious importance there is a long history of problems which arise from relying on paper notebooks and handwritten notes.

During the recent Nova Scotia Mass Casualty Commission, participant lawyer Tara Miller stated that “we know, and we’ve had evidence that notes are the core foundation of investigation for any police service”.[2]  She goes on to highlight that during the Commission “we’ve heard evidence that in some cases, notes don’t exist, they’re insufficient, and in other cases they’re not preserved.”

Even when proper notes are taken, problems can arise with how they are eventually disclosed.  The Mass Casualty Commission later reported that four pages of Superintendent Darren Campbell’s notes were missing during the initial disclosure process.[1]  These notes have become the subject of intense public interest, and it can be argued that because they were not fully disclosed in a timely fashion the reputations of both the RCMP and the Commission itself have suffered.

Even where the Crown has discharged its duty by disclosing all relevant information in its possession and explaining the circumstances of the loss of any missing evidence, an accused may still rely on his or hers right to make full answer and defence. Thus, in extraordinary circumstances, the loss of a document may be so prejudicial to the right to make full answer and defence that it impairs the right of an accused to receive a fair trial. In such circumstances, a stay may be the appropriate remedy, provided the criteria to which I refer above have been met. [2]

Problems with traditional notebooks are not new; a 2014 internal audit regarding officer notebooks undertaken by the RCMP reported serious issues with how they were inspected and reviewed by supervisors and how they were stored.  The audit “results indicated that a majority of the notebooks examined had no evidence of supervisory review” and that “the most significant issue at this time is the storage and handling of notebooks by members post-employment.”[3]

This is the dilemma faced by departments in a time of increased public scrutiny.  Notebooks can provide much-needed transparency and credibility and they are essential to the court process, but the problems involved in properly reviewing, storing, and disclosing them often undermine this process and can in fact lead to a loss of public confidence.

Avoiding these pitfalls requires a new kind of police notebook.  A notebook that will allow officers to easily generate notes, submit them to a supervisor for review, and then quickly disclose them to the courts in order to speed up the legal process.

Digital Mobility Inc. has developed this kind of notebook.  Their Intelligent Mobile Patrol (IMP) eNotes App can be installed on an officer’s work phone and provides them with the tools required to electronically generate notes that are immediately timestamped, always legible, instantly sharable, and stored digitally.

These electronic notes overcome the physical limitations of the paper notebook in the same way that digital music files have replaced entire record collections, and they are now the best method available for recording the activity of police officers as they go about their daily duties.

And that is what a notebook is. 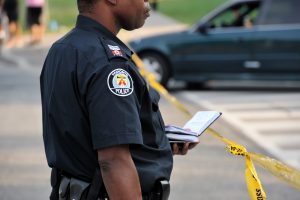 What is a Police notebook anyways? 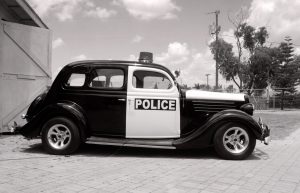 The Future of Policing is the Connected Officer 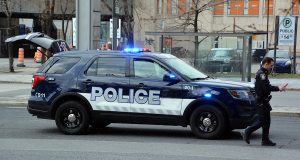